Call Ripley: I Just Met Someone Who’s NOT Writing a Book 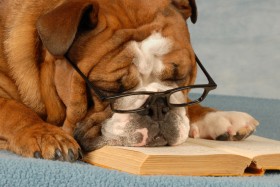 Is it just me, or does it just seem like everyone in the world is writing a book?

Last weekend I attended a small social gathering and when it was brought to the attention of the group that I was a “real writer,” each guest—except for one elderly man—felt compelled to tell me about his or her book. The most common opening line was, “Everyone tells me that I should write a book. My life is just one crazy story after another.” Another common theme was, “I don’t care if I make any money. It’s a legacy I’m leaving my kids, their kids, their kids’ kids…” You get the picture.

When I first came to Los Angeles I made a good portion of my income ghostwriting for doctors. Doctors are smart people. They have to be, right? I mean they graduated from medical school—presumably. It was my experience that although these men and women were indeed bright, they couldn’t write—and I’m not talking about penmanship.

Good writing is a developed skill. Like most things in life, getting good at something takes talent and lots of practice. If you have talent and are not willing to put in the time, people with less talent will eventually pass you by. Maybe not in high school, but eventually it happens. If you possess little talent but lots of desire and are willing to put in the time, you will get better. Often you’ll achieve more success than someone with talent and no discipline. Still, writers who truly excel, not just sell books, possess both talent and a willingness to develop that talent.

In my own case, it took nearly one million published words before I felt I had developed my own writing style.

I have actually heard a person say, “I graduated from high school, so obviously I can write.” It’s like saying, “I took a CPR course at the library, so obviously I’m going to start doing heart surgery next week.” Writing is much different from memorizing—and obviously forgetting—grammar and spelling rules. Early in my early career I worked as an editor. Therefore, I feel qualified to say that the rules of grammar are rules that most people, including—sometimes especially—the highly educated, do not feel compelled to obey.  (It is stunning to me that today, twenty-five years removed from the first spell-check program, people still manage to misspell words.)

Several years ago a good friend of mine, for whom English was a second language, and sometimes a challenge, asked me to look over her work memos. Often contained in those memos was a thread written by a fellow employee who was getting her PhD in literature. My friend found her fellow employee’s writing difficult to understand. So did I. It appeared that during the employee’s ascension to the rarefied stratospheres of higher education—in literature—she had never learned to write. Even a simple sentence. My friend was a much, much better writer than her highly educated and credentialed associate.

So there I was at this small party. I felt as though I were being held hostage in a vanity press prison. Don’t get me wrong, these were very nice folks. But implicit in every conversation was the idea that the only thing separating them from me (as a writer), was the fact that they’d been too busy to write it all down. It would be like me chatting with my doctor friends and saying, “Brain surgery? No problem. I dissected a frog in junior high and I was top of my class. I imagine when I retire and don’t have anything to do, I’ll take some ‘online brain surgery classes.’ Maybe you can give me some tips.”

Oh, and the elderly guy who was not writing a book? I managed to corner him and ask him why.

He said he was serializing his memoir on his blog.